This classic dessert was named in honor of the opera singer Dame Nellie Melba. It was invented by Auguste Escoffier, who was known as “the Emperor of chefs”. A half of a peach, with a scoop of vanilla soy “ice cream”. Raspberry sauce drizzled over. Topped with a dollop of whipped soy cream and a few almond slivers. 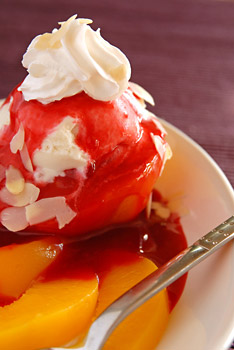 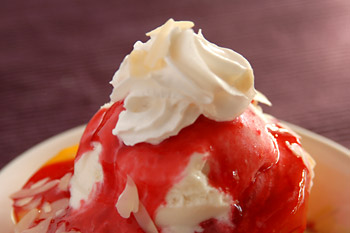 To build the Melbas:

The original uses fresh peaches which you peel, cook in a sugar syrup, slice in half and cool.