This is an adaptation of a recipe by Chef Ottolenghi. His recipe is not vegan, but I am sure our lighter, vegan version will be enjoyable for vegans. 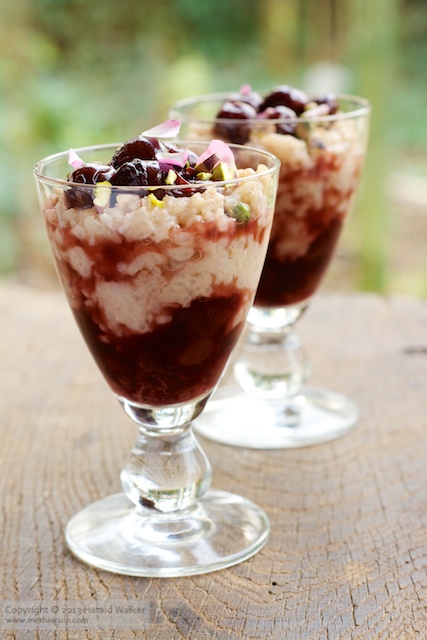 for the rice pudding:

for the cherry compote:

to make the rice pudding:

to make the cherry compote:

to make the dessert:

We were not able to find edible dried roses, and there were still some lovely simple miniature roses in bloom so we used them.