We find often that our fall veggies have lasted into early spring. Even though one thinks of red cabbage as a fall recipe, we enjoyed it with a fresh rhubarb sauce that made this sweet spicy meal very tasty. 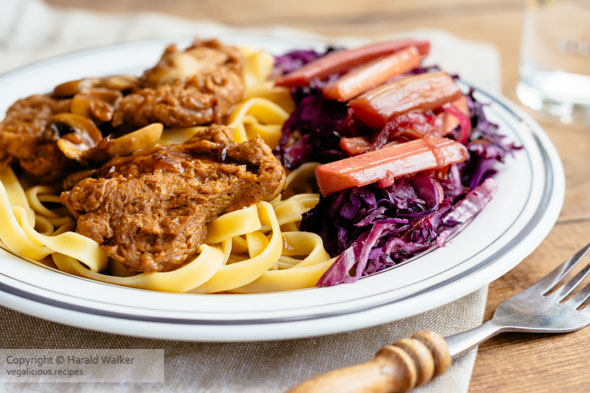 for the red cabbage:

for the rhubarb sauce: