The sweetness of plums combined with the tartness of rhubarb makes for a lovely dessert. This recipes for crisp, was served in puff pastry cups and topped with just a bit of soy whipping cream. They were delicious. 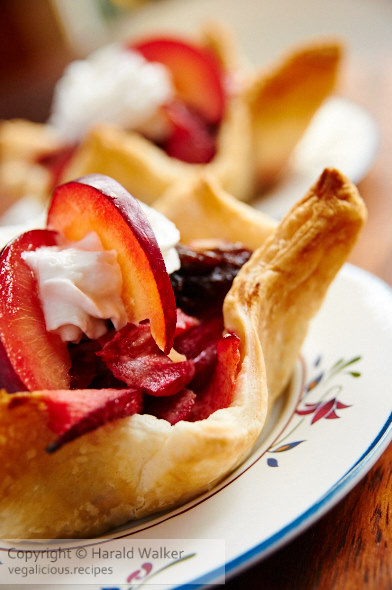