Ruby at the That’s so Vegan blog has come up with a delicious muffin that she has loosely adapted from a recipe by the Sweet Life. 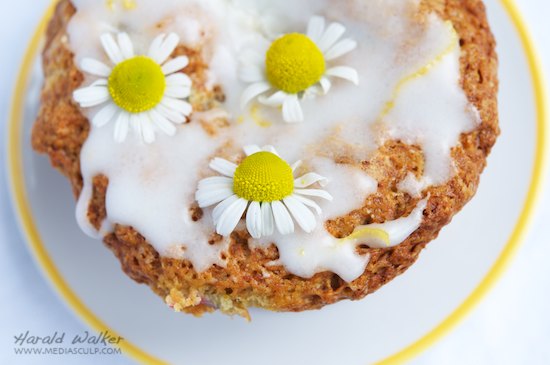 We further adapted the muffins to include gooseberries. Any berries would be nice, but our gooseberries are ripe right now so we used them. We also used our own chamomile rather than using chamomile from tea bags. It’s the dried flowers that are in the tea bags, their petals and the yellow pollen. We grow the chamomile each year, dry the flowers and then store them in a cool dry place. We used some of our dried flowers from last summer. 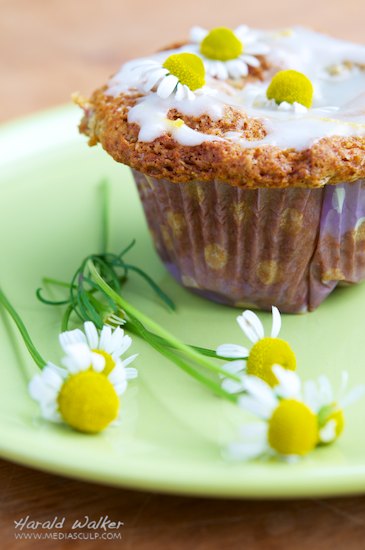 This is a delicious recipe that we have enjoyed three times so far this month. We made a simple lemon glaze this time which was also tasty. If you decide to add berries to your recipe, make sure that you don’t add too many or the muffins will fall apart. I used 3/4 of a cup of gooseberries, tailed and topped and sliced in half, and it worked out perfect.  If using blueberries, I would leave them whole as well as raspberries or currents.
The lovely chamomile flavor and color does come though as well as the heavenly fresh aroma while baking them. Oh yes, the recipe can successfully be halved for 6 nice muffins.