These baked won ton chips make a really nice snack. They are quick and easy to make and you can season them the way you want them. We used a light taco seasoning this time and they were delicious. To use with a dip, I think I would jet lightly salt them that would be enough. 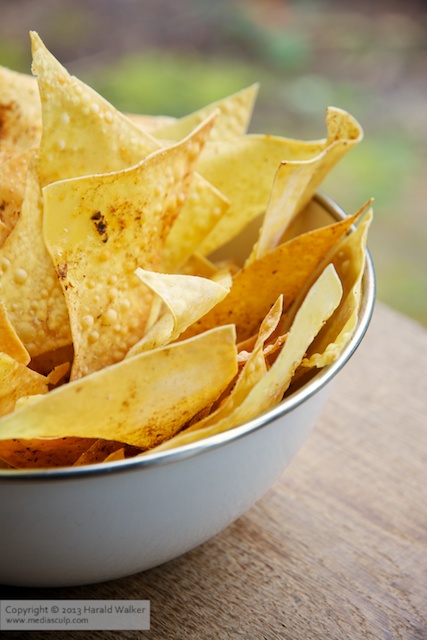