This is really an apple flavored pie. Most Dutch apple pies have raisins, but the secret here is that there is a “custard” made from apple juice, so the pie really full of apple flavor. 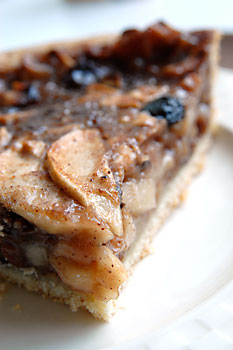 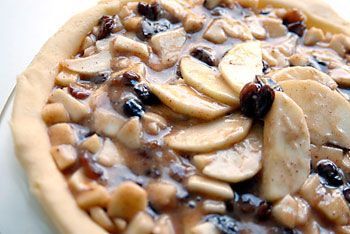