These are so simple, yet delicious and even appearing elegant. 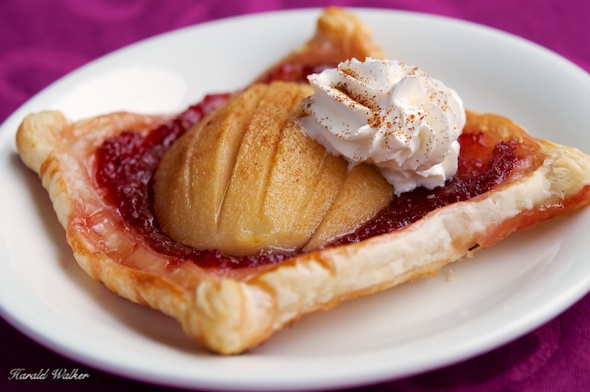 The raspberry-applesauce was home made. You can use any sort of applesauce. If using plain applesauce, I would add a bit of cinnamon as the applesauce is quite similar in flavor to pears. We wanted more of a contrast or compliment.  Even jam could be used, however that would be quite sweet and might overpower the subtle pear.