On 20 February 2013 the 67th United Nations General Assembly launched the International Year of Quinoa in recognition of ancestral practices of the Andean people. Quinoa is the only plant food that has all the essential amino acids, trace elements and vitamins, and also has the ability to adapt to different ecological environments and climates. Resistant to drought, poor soils and high salinity, it can be grown from sea level to an altitude of four thousand meters and can withstand temperatures between -8 and 38 degrees Celsius. As the world faces the challenge of increasing the production of quality food to feed a growing population in a changing climate, quinoa offers an alternative food source for those countries suffering from food insecurity.

This is a very nice combination. The celery and sun-dried tomatoes added to the quinoa gave a nice savory flavor and with the eggplant on top, it was a perfect meal. 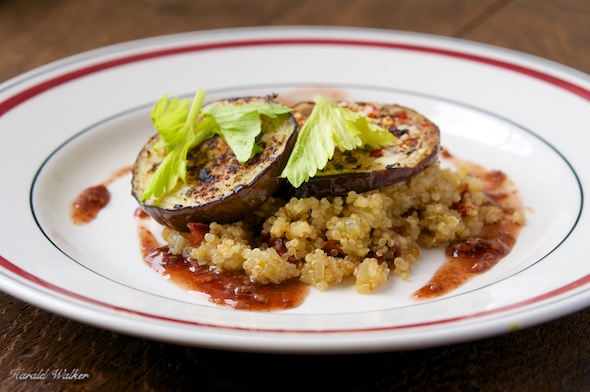 for the celery quinoa:

for the balsamic sauce: 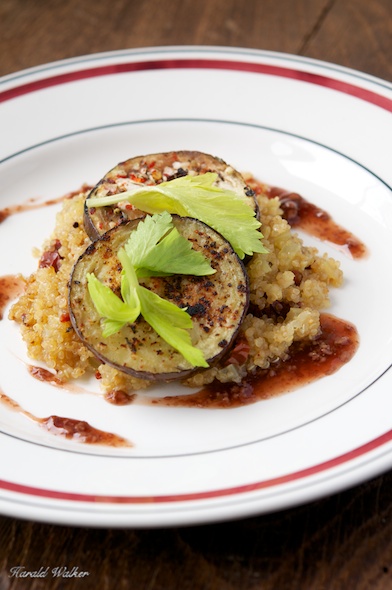 to make the quinoa:

to prepare the eggplant:

to make the balsamic sauce: